AKA: Grinch – I was told I run like him 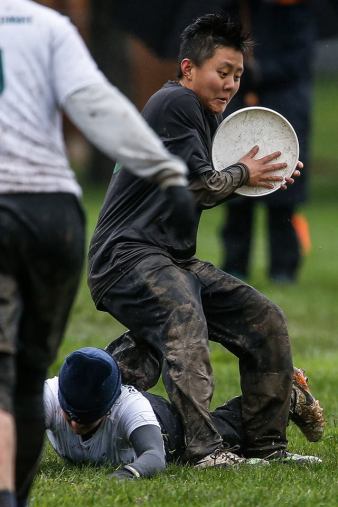 In real life I… am a junior at Dartmouth College where I am double majoring in CS & Psych and minoring in math. In my free time I like camping, fishing, and driving my car Jordy. I love Jordy.

Favorite pump up Jam: Uh idk music is hard, whatever someone else decides is fine.

Tell an embarassing story  –
**Editor’s note – Caitlyn left this section blank so I did some digging on my own with the help of a few insiders. I was told to google “Caitlyn Lee science fair” and this is what I found:
-Not embarrassing but Grinch is a 4x High School State Science Fair Finalist.

What’a your biggest irrational fear?
Someone hiding under my car to grab my ankles

What is your Spirit Food?
“White bread”

What is your Empathy Score:
9

What Harry Potter House do you think you belong in?
Slytherin

Fun Facts:
-some but not all of my underwear is made of milk protein… softest fabric ever.
-I hate pickles and ketchup. But mostly ketchup…especially when someone squirts too much out, and it gets all gelatinous and crusty on the bottle cap

Social media intro: Last but certainly not least for our rookie bios we present to you the team youngster. Hailing out of Boulder, CO she played YCCs with Cutthroat then moved over to the #beastcoast to win a College National Championship with Dartmouth College. Buckle up kids, she still has 3 years of college eligibility left. She’s an enigma: her nickname is grinch and she had the lowest empathy score on the team (#theyarejustworms!) but she is anything but a mean-green christmas-hating monster. If a dog comes anywhere within homing distance of Grinch, she is completely disarmed and turns into a giant cuddle puddle of love. When she’s not making ridiculous possession saving grabs or forcing turns on our opponents, she is usually found smiling, giggling, or winning state science fairs. Seriously google her.  Even though she likes dogs more than most humans, we still love #29, Caitlyn Lee with all our collective hearts #Grinch #whitebread #milkunderwear